Clickety-Clack Go the Wheels of Safety 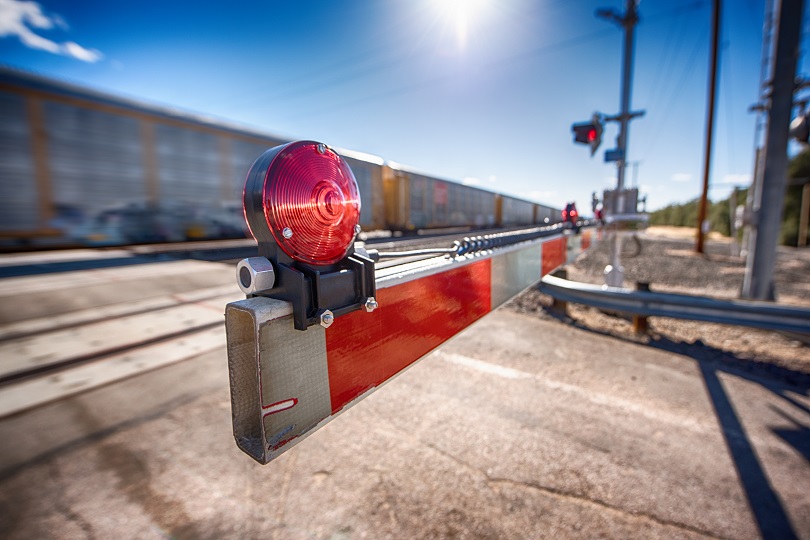 Last month, a gas station video camera captured a truck versus train crash in Luling. Luckily, no injuries were reported even though a witness described the incident as “scary” in a KXAN-TV report because it occurred so close to a downtown market district.

These kinds of crashes occur more often than you might think. In fact, a person or vehicle is hit by a train about every three hours in the U.S., according to Operation Lifesaver, a non-profit leader in rail safety education.

If you’re thinking, what does that have to do with me? I’ll answer with another question: What if one of your employees was driving that truck? Crashes can increase costs and liability exposure. Those items can be measured in a tangible way. But there is no way to calculate the personal pain and suffering associated with injuries and fatalities.

During the upcoming observance of National Rail Safety Week (Sept. 20-26), let’s work together to ensure the number of rail crossing collisions continues to decline.  Here are four simple ways you can participate:

There were 191 rail-grade crossing collisions in Texas last year, according to Federal Railroad Administration statistics, resulting in 67 injuries and 11 deaths. I’m sure many of your workers have stories to tell about railway incidents. The stories might be fresh in their minds like the recent crash in Luling or they might be from their childhood.

One story that sticks in my mind is of a terrible crash that occurred in the 1980s in South Carolina, my home state at the time. Three siblings were riding in a vehicle that crossed too late in front of a moving train. Two of them died in the crash.

The driver was young and inexperienced. There were no crossing gate arms. Distance and speed can be difficult to judge, particularly for a young driver. When I think about it, I imagine the three were out for an adventure and that their last moments together were happy.

I’m also left to wonder about the sole survivor. For sure, his life changed that day. Since then, I have learned we can make a positive difference in the lives of so many by prioritizing transportation safety.

That includes providing education and training covering all forms of transportation, including trains. Start with this: An average train can weigh as much as 18,000 tons. An average car weighs about 3,000 pounds. The difference in size and weight alone should be enough to raise the specter of danger.

And, while a passenger car traveling at 55 mph can make an emergency stop in about 200 feet, it takes a light train traveling at the same speed three times that distance – or about 600 feet – to come to a halt. That’s length of two football fields.

That’s why it’s never a good idea to try to beat a train, whether on foot or in a vehicle. If you get stuck on the tracks, find the blue sign identifying the crossing number and call the railroad so trains in the vicinity can be alerted of a potential hazard.

Drivers for your company need to know the state laws on railroad crossings and how to plan for these crossings. Be sure rail crossings are highlighted in your journey management procedure documents. This is a great way to get in front of a possibly devastating crash and will save you more than money.

PrevPreviousSafe Choices Today, No Regrets Tomorrow
NextLight Up Pedestrian Safety During the Dark Hours of AutumnNext