So, You Think You Are OK to Drive? Take the Test 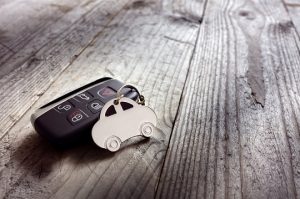 Holidays and celebrations seem to go hand in hand. Send an e-card to your employees this December with a message that includes celebrating safe driving during the holidays. One way to understand how impairment affects drivers is to take a deep learning dive into crash risk and blood alcohol content level with the National Impaired Driving Prevention Month tools.

A study produced by the National Highway Traffic Safety Administration shows crash risk is 40% greater at 0.05 than at zero alcohol concentration. Keep in mind 0.05 is still under the legal limit. Ask your employees: Do you think a person is safe to drive at 0.05?

Have a brief safety meeting and show RuthAnn’s BAC Test. She joined friends for drinks on a Thursday night. When she drove to work the next morning, after sleeping six hours, her blood alcohol level still was elevated. Point out risks that can impact safe driving. For example, alcohol can impair judgment and reduce reaction time.

The ramifications of a DUI crash can be devastating. In Texas, 1,024 people were killed in crashes where a driver was under the influence of alcohol in 2017, according to the Texas Department of Transportation. That is 28% of the total number of people killed in crashes across the state. All told, there were 13,847 DUI-alcohol crashes and 3,108 DUI-drug crashes. That averages out to more than 46 impaired driving crashes every day.

The holidays are a time when people celebrate with co-workers, family and friends. In Texas, 74 people were killed in crashes during the Christmas and New Year’s holiday driving periods in 2017. The takeaway: Plan ahead for a sober driver. Impairment begins with the first drink.