March 2019 Newsletter: No Place for March Madness on Roads 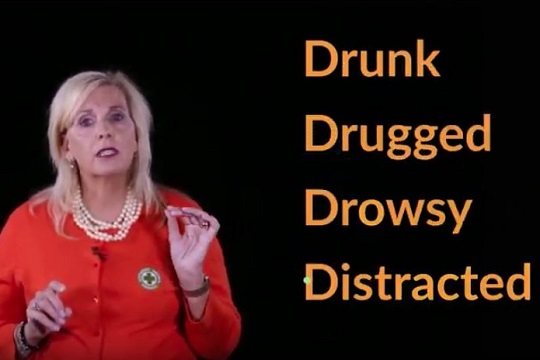 Green clothes, green beer and funny green leprechaun hats. All are common sights at St. Patrick’s Day celebrations. But when the celebrations go too far, they can impact your organization’s bottom line.

Employers pay for crashes involving employees and their family members, whether they occur on or off the job. In Texas, 1,024 people were killed and 13,676 were injured in DUI-alcohol crashes in 2017, according to the Texas Department of Transportation. That’s 28% of the total number of people killed in all crashes and 5.4% of the total number of people injured in all crashes.

Nationally, about one-third of all traffic fatalities are linked to drunk driving, and St. Patrick’s Day is one of the deadliest holidays on the U.S. roads. From 2013 to 2017, more than 230 people were killed in drunk driving crashes during the St. Patrick’s Day holiday period, according to the National Highway Traffic Safety Administration.

That’s about 46 fatalities in one very brief time frame every year. That’s way, way too many.

Education is one way to address impaired driving in the workplace and affect culture change. Often, what is learned at work is carried home. Here are three ways you can educate employees, starting with the latest in my Live with Lisa video series:

Most adults reach 0.05 BAC after two to three drinks. At that level, crash risk is 40% greater than at zero alcohol concentration, according to NHTSA research. Why take risks? Plan ahead for a safe ride home.

If you include emergency preparedness or forklift training in the health and safety management program at your workplace, then why not driver safety, too? For three straight years, more than 40,000 people have died on U.S. roads, according to the National Safety Council.

Millions more have been injured. Crashes involving employees and their family members cost employers money, whether they occur on or off the job. One way to cut costs is through traffic safety efforts to prevent crashes.

As the days grow longer, the weather warms and we move closer toward the official first day of spring, it is time to talk about walking, bicycling and motorcycles. Get information and free resources from Our Driving Concern to build safety talks and promote traffic safety on bulletin boards, in enewsletters and on your social channels.

Walking: Everybody walks somewhere every day. Crashes involving people and vehicles are not going to end well for the pedestrain. In 2017, there were 614 pedestrian fatalities in Texas. Talk about how to avoid slips, trips and falls, and distraction. Share simple safety tips.

Bicycling: 840 bicyclists were killed in crashes across the country in 2016, according to the National Highway Traffic Safety Administration. The average age of the victims was 46. So, these fatalities are happening to people of working age, not just little ones. Until engineering projects separate motorists and cyclists, the two need to share road space. Get bicycling safety tips for parents, guardians and kids.

Motorcycles: Research indicates seven out of 10 crashes between vehicles and motorcycles happen at intersections. Because motorcycles are smaller than other vehicles on the road, they can appear farther away than they are and it’s often difficult to judge their speed. Four words (print poster): Look Twice for Bikes. Also, share a video safety message from the Texas Department of Transportation website: Invisible.

Safer roads = healthier and happier employees. Spring is a good time to put a hop in your safety step.