Distracted Driving: Time is Now to Draw a Line in the Sand 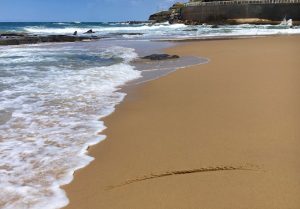 When it comes to distracted driving, when are we going to scream, “Enough already?” My thought is right now. And my idea is that employers can take the lead in driving behavior change, just as they did in promoting seat belt use before laws were passed a generation ago.

Many distracted driving stories have heartbreaking endings. Take the one presented in the Houston Chronicle recently. Gabriela Torga was killed at the age of 23 when her car slammed into a tree in Deerfield Village, TX, in March 2017.

The news report outlines how her phone was found open to SnapChat on the floor of her SUV, near the accelerator. Police evidence shows she was traveling at a speed of 55 mph when she lost control of her vehicle. The posted limit was 45.

My reaction to these kinds of stories runs from deep sorrow to full-blown outrage. Cell phone distracted driving continues to account for thousands of crashes every year in U.S., and Texas tends to lead the pack. Too many people suffer serious injuries or die. Everyone thinks, ‘It won’t happen to me.’ So, who does it happen to?

The National Highway Traffic Safety Administration estimates as many as 481,000 drivers nationwide are using cell phones while driving during daylight hours. They’re not just talking. They’re also texting, which is illegal in 47 states, sending emails or watching videos.

Many employers already have enacted safe driving policies. Typically, these policies ban employees from using cell phones while behind the wheel. Some might go so far as to address concerns over drunk and drugged driving.

More can be done and one way for employers to start is by making road traffic safety an integral part of any health and wellness program. Educational efforts need to be consistent and ongoing. Many think today’s in-vehicle technologies that allow us to stay connected while traveling almost anywhere are safe because they come standard in vehicles.

Research indicates cognitive distraction persists long after using voice commands to make a call – or send a text. The myth is that drivers are capable of multitasking behind the wheel. The truth is the human brain cannot handle two thinking tasks at the same time. Rather, it quickly toggles back and forth from one task to another.

This differs from walking and chewing gum because one is a thinking task and the other is not. Safe driving requires focus, judgment and quick-reflexes. Unsafe behaviors often are a result of a lack of education or lack of thought.

Of course, education is only one part of the puzzle to drive traffic safety change. Laws, enforcement and engineering all play roles in creating happier endings, too. If only on this, let’s all agree to do our part to create a culture where 100 deaths on U.S. roads every day no longer is acceptable.