Be Sure Safety is on Your Spring Break Checklist 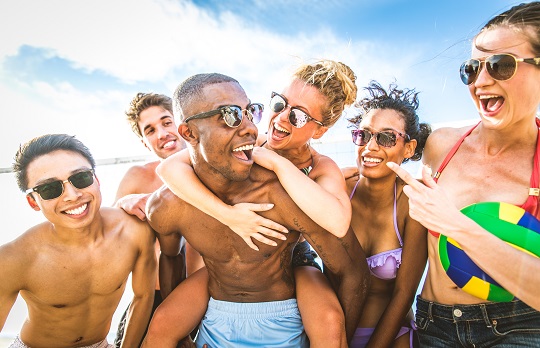 From now through the middle of April, many of your employees and their family members will take road trips for Spring Break. Send them on their way with tips to keep them safe.

Weekly fatality totals resulting from car crashes in popular spring break destinations were 9.1% higher than at other times of the year, according to a University of Miami research study that examined data from 14 locations in seven states, including California, Florida and Texas. The study showed the roads to be dangerous not only for spring-breakers, but also for visitors and residents of spring break destinations.

One of the biggest reasons: drunk driving.

Across the U.S., someone is injured every 2 minutes in an alcohol-related crash and killed every 31 minutes, according to the Centers for Disease Control and Prevention. That someone could be a mother or father, little sister or big brother, just as easily as a co-worker or college student following a binge-drinking episode.

For some college students, binge drinking is a common practice. In fact, the National Institute on Alcohol Abuse and Alcoholism released a report showing 11% drink to the point of blacking out or passing out. Behind the wheel, the consequences can be catastrophic.

In Texas, there were 444 crashes involving young drivers who were driving under the influence of alcohol during last year’s Spring Break, according to the Texas Department of Transportation. Eleven people died and 37 others suffered serious injuries.

All of these types of incidents are avoidable.

If you’re going out, plan ahead for a safe ride home. If you’re traveling, be awake and alert to protect yourself and your family from that other guy – or gal. Spring Break is all about having fun and making memories. To ensure you enjoy your trip, pack safety in your bag alongside your beach towel and sunscreen.